With the environment now a focal point across the country, all manner of businesses are stepping up efforts to reduce the use of harmful plastics. Whether it’s museums, offices, schools or sports centres, workplaces are becoming more aware of the impact that plastic is having on the planet.

The attention placed on the plastic problem has seen a reduction in the use of plastic straws, retailers ending the sale of single-use bottles of carbonated drinks, and other eco-friendly measures to kerb the amount of plastic we use and throw away. Progress made in the reduction of plastic has been slow, and more must be done to reduce the devasting impact plastic can have on our environment. 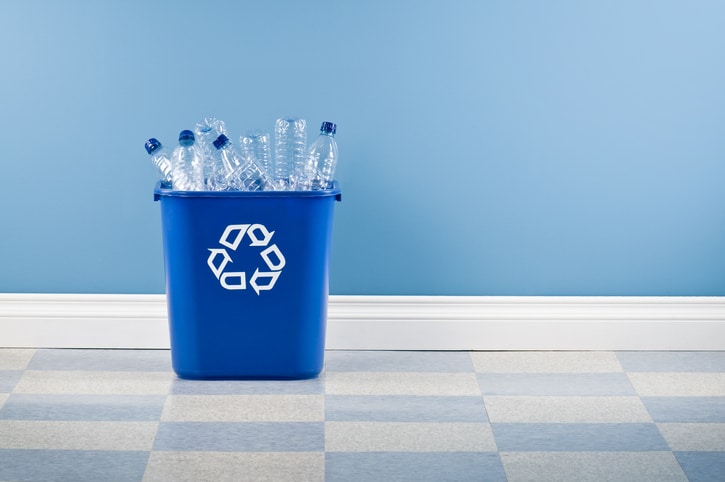 Wildlife is particularly vulnerable to plastic and can easily become entangled in discarded items, or get a piece lodged in their digestive tracts, leading to injury or death. Certain plastics also release harmful chemicals into the surrounding soil, while the breakdown of biodegradable plastics can release methane, a greenhouse gas that’s one of the key triggers of global warming.

Recent reports on recycling have shown increases in the amount of plastic being repurposed year on year, especially compared to other materials like glass, textiles, paper and card. But, while this does signify a move towards more environmentally-conscious practices, figures suggest that the increase in the amount of plastic being recycled is down to a larger amount of plastic containers in the first place. Because of this, local authorities have added plastic bottles to their range of materials alongside paper, card, glass and metals, while a good majority have also started collecting pots, tubs and trays as of 2016/17.

As a result of more plastic packaging and an increased awareness for the importance of recycling, Welsh councils have nearly doubled the amount of plastic they collect per person, while Northern Irish authorities have seen an increase of more than a third. All told, the increase in plastic recycling can be seen in the Eunomia’s Carbon Index, which gives an idea of the local councils delivering the greatest carbon benefits. Currently, Cheshire West and rank the highest, with Lewisham being the worst performing local authority for the amount of plastic recycled per household.

True or False? — It Takes Money to Make Money